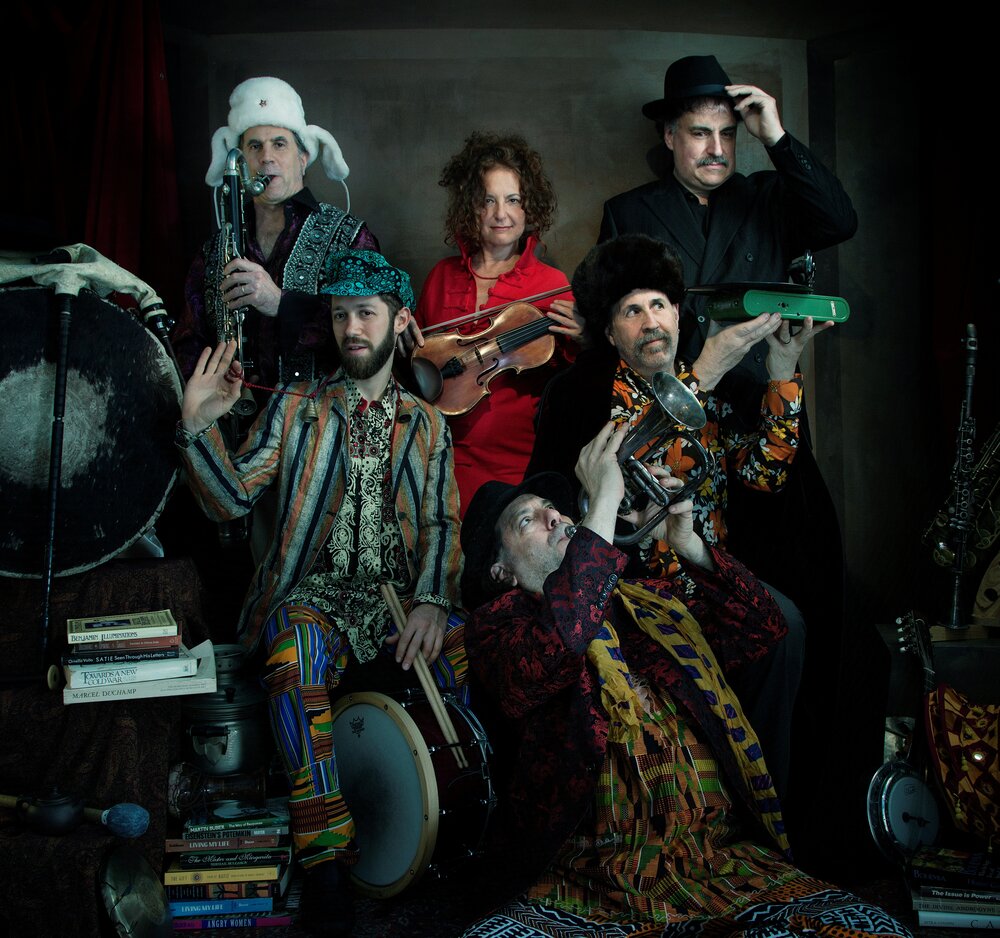 “The Klezmatics aren’t just the best band in the klezmer vanguard; on a good night, they can rank among the greatest bands on the planet.”— Time Out New York

Since their emergence more than 30 years ago, the Klezmatics have raised the bar for Eastern European Jewish music, made aesthetically, politically and musically interesting recordings, inspired future generations, created a large body of work that is enduring, and helped to change the face of contemporary Yiddish culture. Often called a “Jewish roots band,” the Klezmatics have led a popular revival of this ages-old, nearly forgotten art form.

They have performed in more than 20 countries and released 11 albums to date—most recently the album Apikorsim (Heretics), produced by Danny Blume (who helped the band win a Grammy in 2006) and the first of the band’s albums to feature only the 6 members. On their Grammy-winning 2006 album Wonder Wheel, the Klezmatics set a dozen previously unsung Woody Guthrie lyrics to music, widening their stylistic base by largely diverging from klezmer. They have also recently served as the subject of a feature-length documentary film, The Klezmatics: On Holy Ground.

During their third-of-a-century existence the Klezmatics have collaborated with such brilliant artists as violinist Itzhak Perlman, Pulitzer prize-winning playwright Tony Kushner and Israeli vocal icon Chava Alberstein, plus many other prominent artists working within multiple genres.

The Klezmatics’ music is rooted in but is not a strictly traditional variety of the klezmer genre. Rather it is a comfortable hybrid that appeals equally to those with no previous exposure to the music and those already familiar with it.