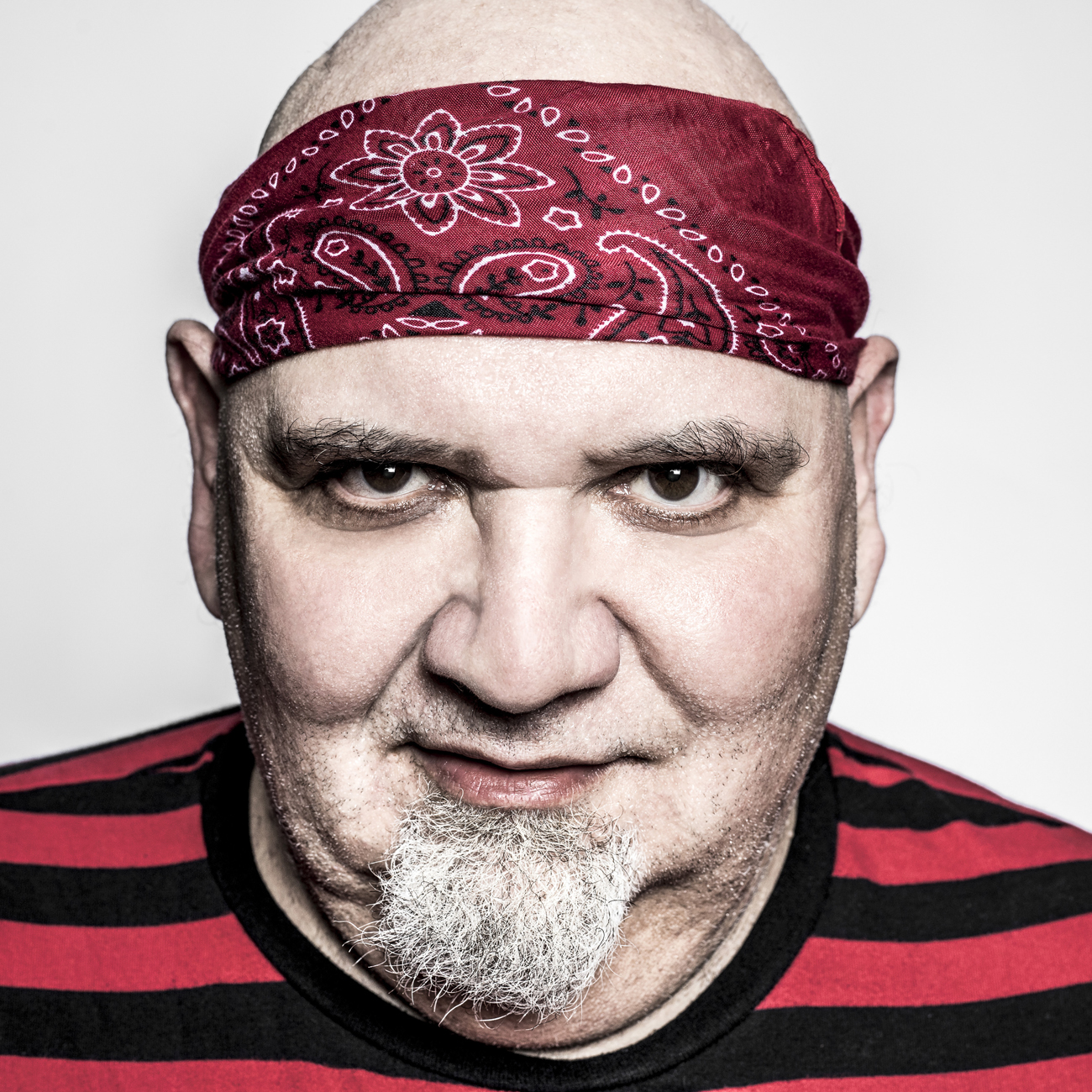 Popa Chubby's bold approach to blues continues as he plays more than 200 club dates a year, and releases his albums worldwide. "Popa Chubby’s a big man....but his music is much bigger....[Chubby will] continue carrying the torch for the blues....and put on a damn good show. What more can one say?" - Elmore

Chubby took his cue from artists of the '60s, including Sly & the Family Stone, Jimi Hendrix, and Eric Clapton, among others.  In his early twenties, he worked for a while backing punk poet Richard Hell.  His first big break was winning a national blues talent search sponsored by KLON, a public radio station in Long Beach, California.

He won New Artist of the Year, and opened the Long Beach Blues Festival in 1992, and has been rocking audience with his bold approach to music ever since. Chubby continues to play more than 200 club dates a year, and has released numerous albums worldwide, since. Most notably, his Sony/Okeh debut, 'Booty and the Beast', was produced by longtime Atlantic Records engineer/producer TOM DOWD, whose recordings by Aretha Franklin, Ray Charles, Wilson Pickett, among others are legendary!

Popa Chubby dropped a brand new album of original music, Tin Foil Hat, on an expectant crowd in 2021. From the Trump-jabbing, party rock of “Baby Put On Your Mask” to the soulful “No Justice No Peace,” to the hopeful “Can I Call You My Friends,” Popa Chubby touches all the bases of the seemingly endless onslaught that was the year 2020. Pandemics, politics, protests, and pandering are all handled in his gritty, New York style. Remembering that Popa not only wrote all these songs, but plays all the instruments and sings all the vocals makes this one-man-band accomplishment truly stand out.