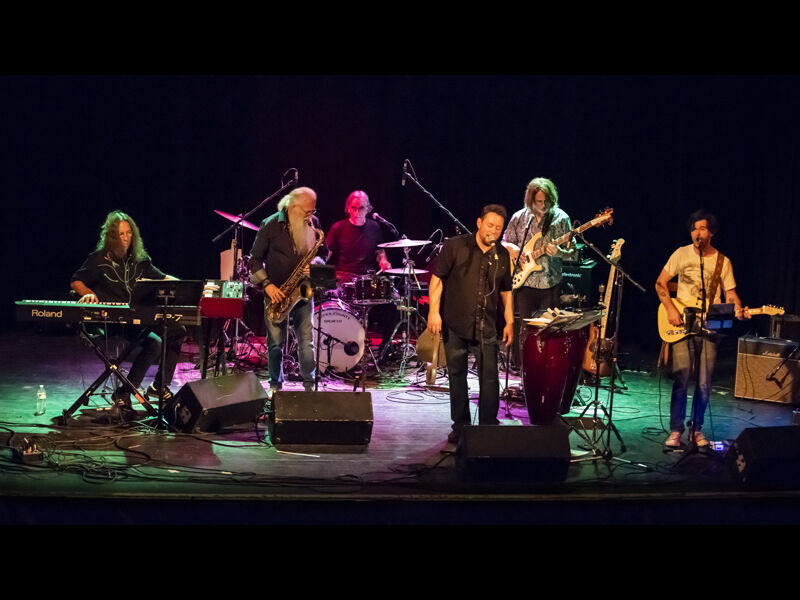 Paper Sun: The Music of Traffic

Together they create a formidable “Traffic” experience, remaining true to the spirit of the music, and bringing their own personalities to the mix.

The original Traffic had two phases. The first , a winsomely psychedelic pop band that blending blues, folk, rock, and R&B, fronted by Steve Winwood  - best-known for his lead vocals with the Spencer Davis Group  - and Dave Mason. After Mason, the band became Winwood's vehicle for longer, moodier excursions that leaning into to jazz and soul. Traffic was exceedingly popular in both incarnations.

With such hits as Paper Sun, Dear Mr Fantasy, Feelin' Alright, Pearly Queen among many others, they left a lasting legacy of music.

In 1970, while Winwood was recording his first solo album, "Mad Shadows", Capaldi and Wood sat in on some sessions. That LP became Traffic's fifth and most commercially successful album, "John Barleycorn Must Die", a gold album and a staple of "progressive" FM radio.  This was followed by another gold album, "The Low Spark of High-Heeled Boys" in 1971.