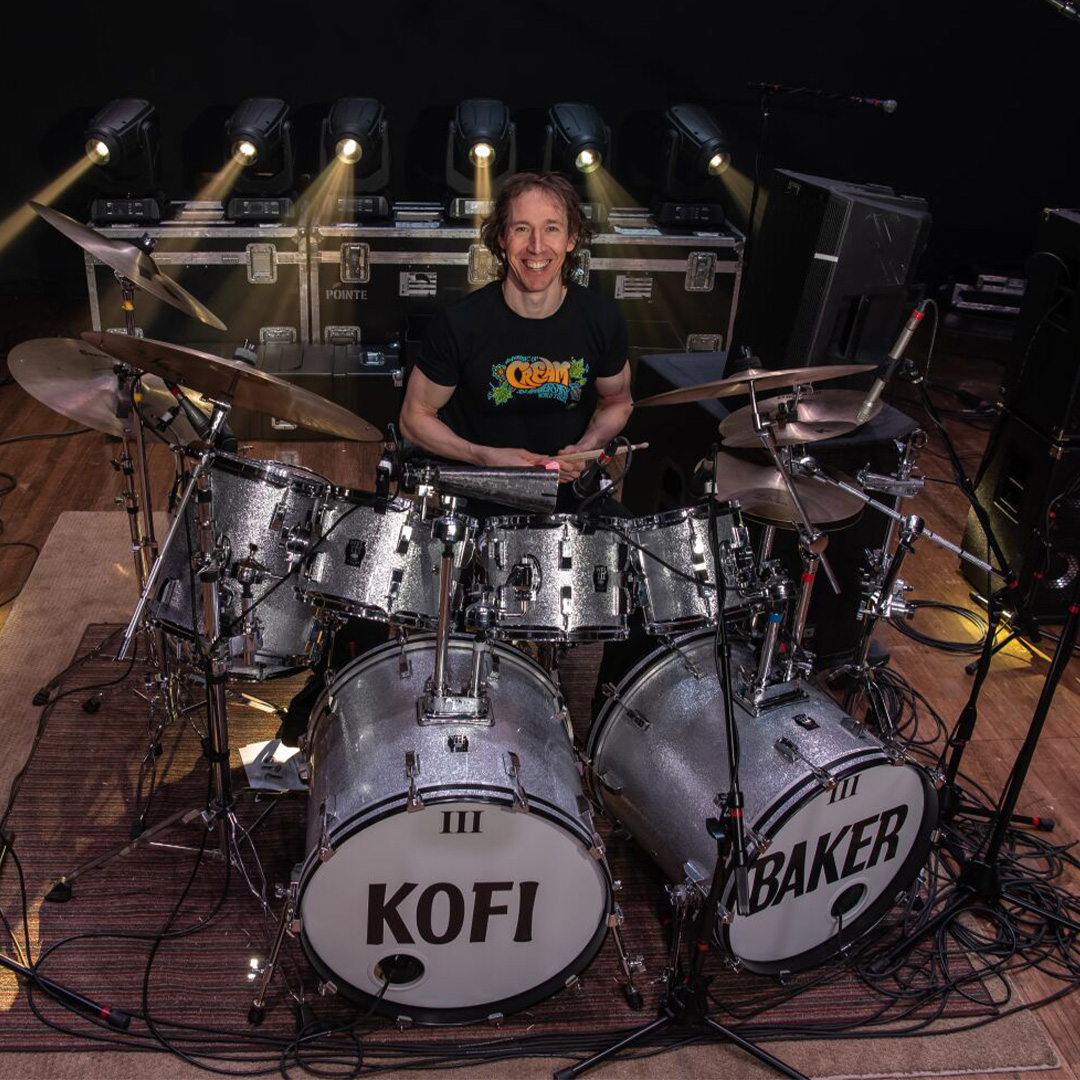 Kofi Baker is keeping the music of his famous father, Ginger Baker, alive with this tribute to the music of Cream and Blind Faith. Baker is a powerhouse drummer who would be a standout in any band. His playing certainly recalls his father's style, but as with his bandmates, he made the parts his own with unique fills and inventive improvisations.

Cream was a chemical explosion like no other, the blueprint for every super group to follow and the heavy blues precursor to Hendrix, Zeppelin and so much more. More than fifty years since their earth-shaking debut album, family members of that hallowed trilogy pay tribute to Cream and Blind Faith and their legendary reign over the psychedelic frontier of the late 1960s.

Drum Master Kofi Baker tapped the musical legacy created by his father when forming his latest project, Kofi Baker’s Cream Faith. Kofi’s father Ginger Baker was the drumming force behind the legendary bands Cream and Blind Faith. After a trip to see his Dad play Madison Square Garden NYC during Cream’s 2005 reunion, Kofi decided a tribute project was in order.

Taught by his father at an early age and touring Europe with Steve Marriott (Humble Pie) and Jack Bruce (Cream bassist, vocalist), Kofi used first hand experience and the influence of his godfather, Eric Clapton, to assemble a band that re-ignites classic songs such as White Room, Crossroads, Sunshine Of Your Love, I’m So Glad, and Badge, among others. Audiences have been blown away by Kofi’s tribute and the band’s ability to evoke the sound and spirit of the era, with a contemporary and spontaneous twist.