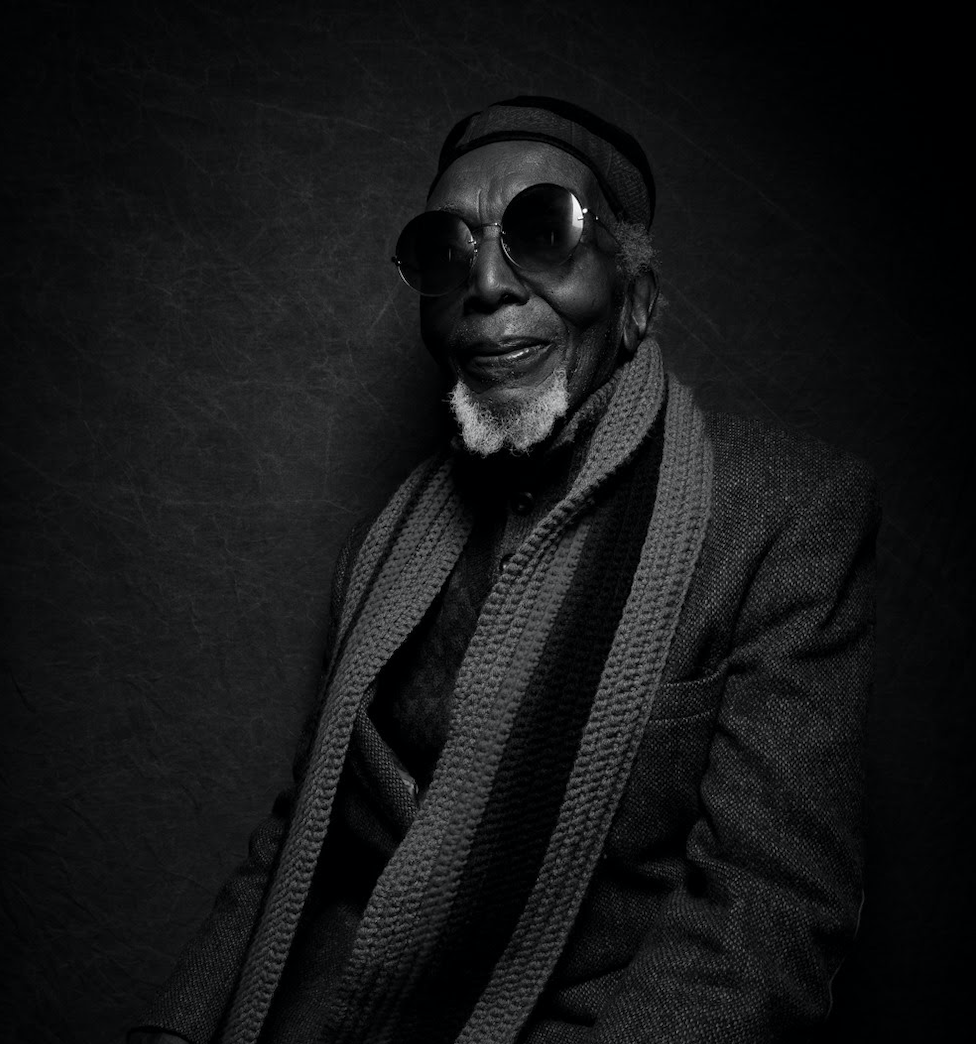 Percussionist Juma Sultan shot to international fame when he stepped onto to stage of the 1969 Woodstock Festival as a member of Jimi Hendrix’s Gypsy Sun & Rainbows. At The Falcon he will be presenting his nine-piece group, Aboriginal Music Society in an exploration of spirit grounded in sound.

A prolific sound recordist, Juma personally documented over 1,500 hours of music pertaining to the Loft and Free Jazz Era between the 60’s and 80’s, accumulating what is widely considered one of the most important archives of American Music, and later receiving a grant from the National Endowment of the Arts to help preserve the collection at Clarkson University.

Juma Sultan wrote and recorded with Jimi Hendrix from 1968 until the guitarist’s death. His work appears on numerous Hendrix recordings that were released posthumously. In addition to Woodstock, Juma also appeared with Hendrix on the Dick Cavett television show, and many other public appearances.

In 1972, Juma formed the New York Musicians Organization (“NYMO”) which organized concerts to protest unfair programming at the Newport Jazz Festival, and also started Studio We, with friend James DuBois, which became an integral part of the Loft Jazz scene – giving musicians a place to perform and develop.

In the early 80’s, Juma Sultan worked with the Fairlight CMI, an extremely complicated early version of the sampler. In addition to producing works for it, Juma spent two years rewriting the manual so that musicians without prior  technical knowledge could understand it.

In addition to serving as an interview subject on countless books and documentaries on the life of Jimi Hendrix, Juma Sultan is the subject of an e-book by Stephen D. Farina, published by Wesleyan University Press, entitled “Reel History:The Lost Archive of Juma Sultan and the Aboriginal Music Society”, which is an imaginative, multimedia work detailing the story of the Aboriginal Music Society and how Juma Sultan’s extensive Jazz recordings came to be archived at Clarkson University.