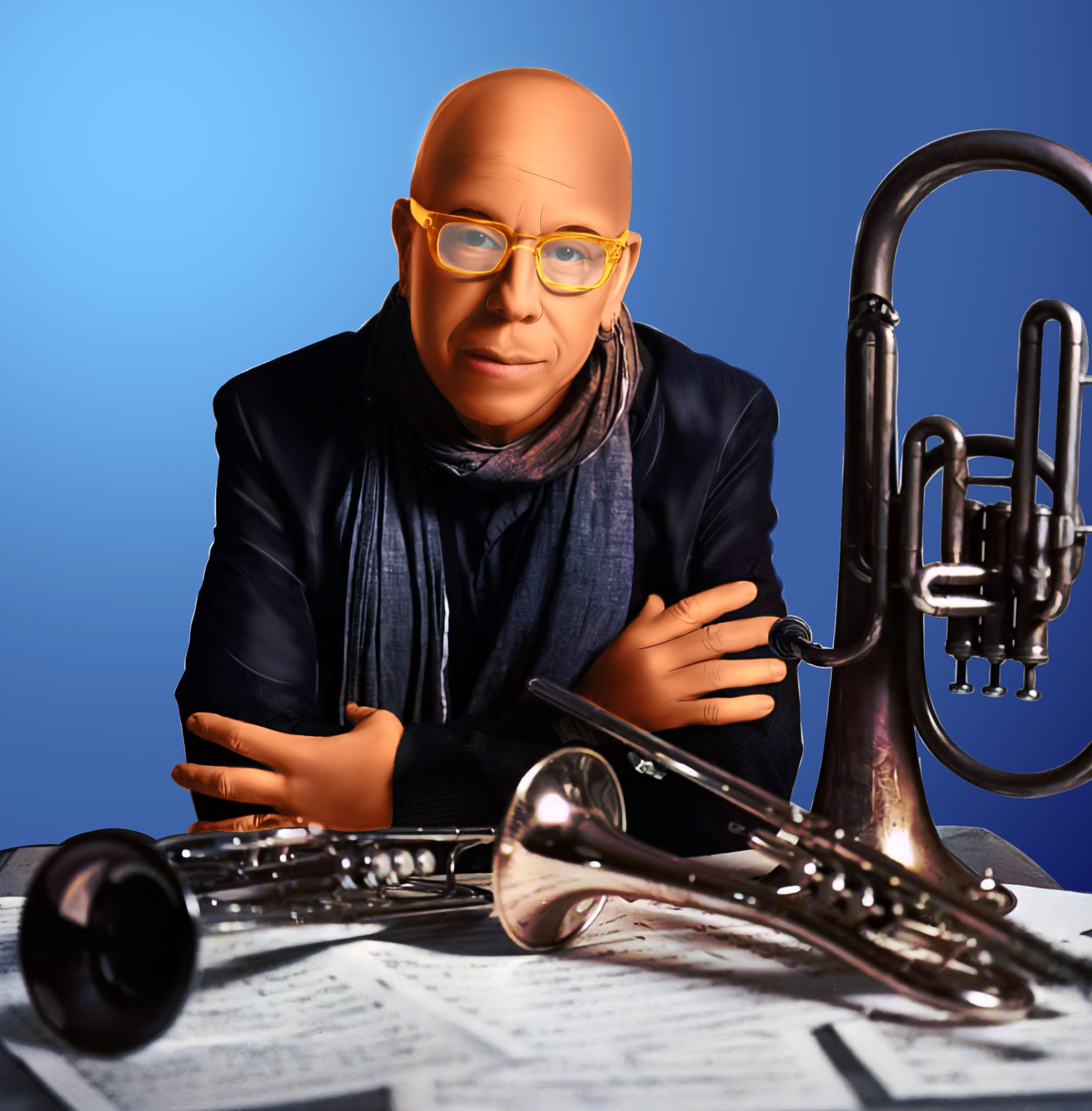 Steven Bernstein, the slide trumpeter and bandleader, is a musician with a devil-may-care disposition. An impactful presence on the New York scene over the past 30 years, Bernstein has immersed himself in such a wide array of music with his bands Sexmob, Millennial Territory Orchestra, Diaspora Soul & more.

Born on October 8, 1961 in Berkeley, California, Bernstein was hugely influenced by his Berkeley School band director, Phil Hardymon, who instilled in his students a sense of disciplined ensemble playing in the Count Basie tradition. In 6th grade, Bernstein formed what would become a lifelong friendship and musical partnership with saxophonist Peter Apfelbaum, later the leader of the Hieroglyphics Ensemble.  The two would attend performances in the Bay Area by Eddie Harris, Sam Rivers, Art Blakey, Dexter Gordon, Roland Kirk and Woody Shaw at the Keystone Korner and a series of solo concerts by Leo Smith, Lester Bowie, Oliver Lake and Baikida Carroll as well as one eye-opening gig by the Art Ensemble of Chicago at San Francisco’s Great American Music Hall. Bernstein studied in Berkeley with former Woody Herman and Stan Kenton trumpeter John Coppola and after moving to New York in 1978 was mentored by lead trumpeter and ubiquitous session man Jimmie Maxwell, who had replaced Harry James in the Benny Goodman Orchestra in the early 1940s.

Bernstein joined John Lurie’s outfit the Lounge Lizards in 1990, appearing on the group’s 1991 release Live in Berlin on the Intuition label. Shortly before that, in 1988 he had formed the daring Spanish Fly trio with slide guitarist Dave Tronzo and tuba virtuoso Marcus Rojas. They began performing at the Knitting Factory and subsequently released 1994’s Rags to Britches on Knitting Factory Works and 1996’s Fly By Night on Accurate Records. By 1995, producer Hal Willner, a fan of Spanish Fly, enlisted Bernstein as arranger for the soundtrack to Robert Altman’s film Kansas City, which led to collaborations on other Willner projects, including arranging for Jazz Foundation of America benefit concerts (featuring singers Lou Reed, Bono, Darlene Love, Macy Gray, Elvis Costello and Dr. John) at the Apollo Theatre, tributes to Bill Withers, Doc Pomus and Leonard Cohen at Celebrate Brooklyn and arranging work on the soundtrack for the 2005 documentary film, Leonard Cohen: I’m Your Man.

Bernstein’s Millennial Territory Orchestra debuted with 2006’s MTO, Vol. 1, which featured large ensemble interpretations of tunes by Stevie Wonder (“Signed, Sealed, Delivered”), Prince (‘Darling Nikki”) and the Grateful Dead (“Ripple”) as well as Benny Moten (“Toby”) and Charlie Johnson & His Paradise Band (“The Boy in the Boat”). They followed with 2008’s We Are MTO, which included renditions of Fats Waller’s “Viper Song,” Don Redman’s “Paducah,” Count Basie’s “Dickie’s Dream” and the Beatles’ “All You Need Is Love.” Their 2011 recording, MTO Plays Sly, was a tribute to the music of Sly & The Family Stone and featured the late P-Funk keyboardist Bernie Worrell along with vocalists Dean Bowman, Sandra St. Victor, Antony Hegarty and Martha Wainwright.

The restlessly creative Bernstein continues to juggle working several bands. During his recent residency at The Stone in NYC, he trotted out Sexmob, Millennial Territory Orchestra, Spanish Fly, Blue Campfire and Universal Melody Brass Band. Says the trumpeter-composer-arranger of his modus operandi in all of his wide-ranging musical situations: “I’m trying to present this way of looking at music where you can do a Jelly Roll piece, then a Leonard Cohen piece, then an Ornette Coleman piece, then a Duke piece and then a piece by The Band. And it’s not even about it being eclectic, it’s just music. Let’s play it. Here’s a chart, let’s go!”.