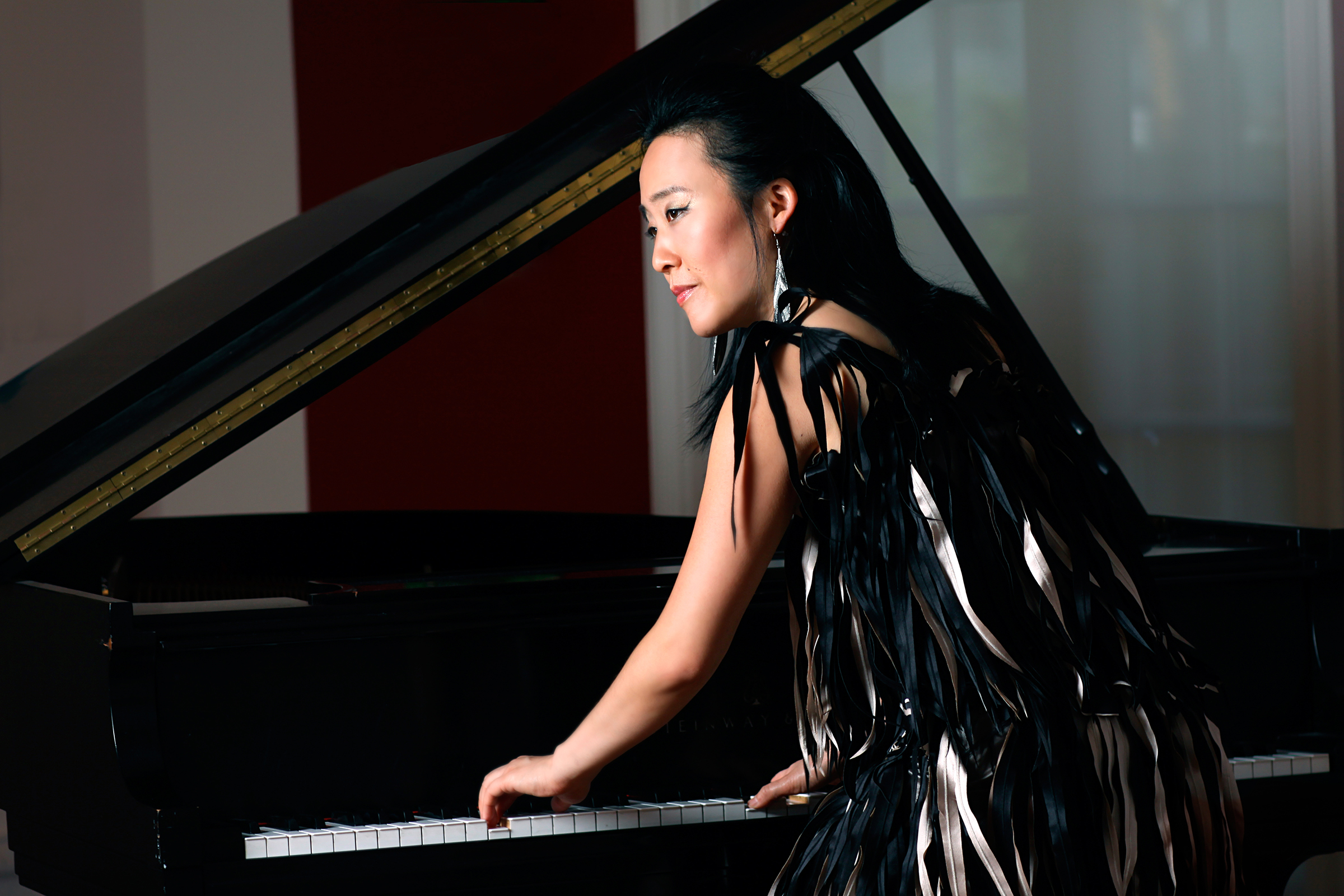 Pianist/composer Helen Sung has spent most of her life in two distinct worlds. A classical student from a young age who transitioned to jazz in her early twenties, she understands the limitless range and potential of the piano in a way that few specialists in either genre can. Now based in New York City, Sung has worked with such luminaries as the late Clark Terry, Wayne Shorter, Ron Carter, Terri Lyne Carrington, Wynton Marsalis (who named her as one of his "Who's Got Next: Jazz Musicians to Watch!"), MacArthur Fellow Regina Carter, and Cecile McLorin Salvant.

Now based in New York City, Sung has worked with such luminaries as the late Clark Terry, Wayne Shorter, Ron Carter, Terri Lyne Carrington, Wynton Marsalis (who named her as one of his "Who's Got Next: Jazz Musicians to Watch!"), MacArthur Fellow Regina Carter, and Cecile McLorin Salvant.

Sung followed her jazz chart-topping Concord Jazz release Anthem For A New Day with Sung With Words (2018), a collaborative project with internationally acclaimed poet Dana Gioia. Made possible by a Chamber Music America/Doris Duke Foundation New Jazz Works grant, the album was showcased on NPR's First Listen and the NPR/WBUR news program Here & Now; it was also lauded in such jazz publications as Downbeat and Jazztimes for its imaginative settings of Gioia's poetry, whose work has been described as "resonant with music."

With appearances at major festivals/venues including Newport, Monterey, Detroit, SFJAZZ, and Carnegie Hall, Sung is also taking her place on the international stage: her NuGenerations Project toured southern Africa as a U.S. State Department Jazz Ambassador, and recent engagements include debuts at the London Jazz Festival, Jazz at Lincoln Center Shanghai, Blue Note Beijing, the Sydney International Women's Jazz Festival, as well as European tours promoting current projects such as Sung With Words. In addition, Sung can also currently be seen with such fine ensembles as the Mingus Big Band and Lea Delaria's House of David Project.

Helen has completed composition commissions for the West Chester University Poetry Conference, North Coast Brewing Company, JazzReach, and a composition residency at Flushing Town Hall. In 2015, she began exploring composing for larger ensembles, winning a spot in the BMI Jazz Composer's Workshop. She won 3rd prize at the Workshop's 2016 Composition Competition, and also arranged McCoy Tyner's Four By Five for the Jazz at Lincoln Center Orchestra's 2016 season opener concerts. Her arrangement and performance is featured on the 2017 Blue Engine release Handful of Keys.

Inspired by her experience at the Monk Institute, Helen stays involved in music education through residencies and workshops/clinics. She has served on the faculties of the Brooklyn-Queens Conservatory of Music, the Newark Boys Chorus School, and on the jazz faculties at Berklee College of Music, the Juilliard School, and Columbia University.

Helen maintains close ties with her hometown Houston, performing there regularly and visiting her high school HSPVA to conduct master classes with both the classical and jazz departments. The Houston Chinese Community Center selected her as an "Artist Honoree" at their 2011 Gala. In 2017 she was inducted into HSPVA's "Hall of Fame," and the College of Fine Arts of her alma mater, the University of Texas at Austin, awarded her with its most prestigious honor: the E. William Doty Distinguished Alumna Award. In January 2019, Sung was named the inaugural jazz artist-in-residence at Columbia's prestigious Zuckerman Institute.