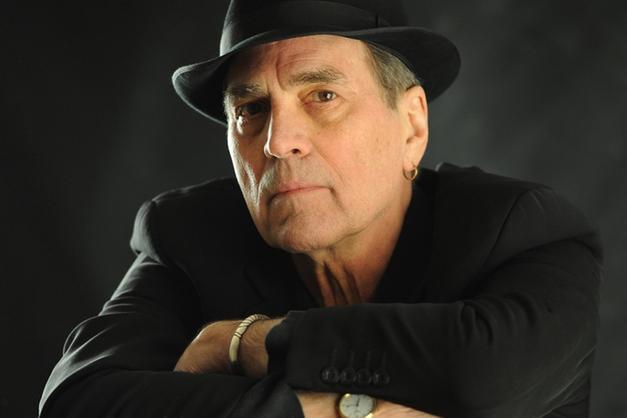 No reservations
With opening act:

Eric Andersen is widely regarded as one of the most poetic songwriters to spring from the Greenwich Village folk scene of the 1960’s. He has written songs recorded by Johnny Cash, Bob Dylan, Judy Collins, The Grateful Dead and many others.

“Andersen is the most elegant of singers.” - ROLLING STONE
“A singer and songwriter of the first rank.” - THE NEW YORK TIMES
“Eric Andersen is a great ballad singer and writer.” - BOB DYLAN (Stage of Oslo Spektrum, 1997)


UP THROUGH THE YEARS; A GLANCE IN A REAR VIEW MIRROR

ERIC ANDERSEN'S voice, songs, guitar and piano playing created a career that has spanned over 45 years. He has recorded 25 albums of original songs, and made numerous tours of North America, Europe, and Japan.

His songs have been recorded and performed by world renown artists such as Ricky Nelson, Judy Collins, Sandy Denny, Fairport Convention, The Kingston Trio, Peter Paul and Mary, Linda Ronstadt, Johnny Cash, The Grateful Dead, Linda Thompson, Mary Chapin Carpenter, and Francoise Hardy, plus many others in Europe, Australia, England, and Japan.

Born in Pittsburgh, Pennsylvania in 1943, Eric received his early schooling in Buffalo, where he taught himself guitar and piano. His dad Harold was a chemical metallurgist who loved poetry and his mom Janis was a housewife who studied art in college. Love of art and music ran through the house.

Andersen’s hometown provided many musical experiences, which would later form his musical character and career. Among these was watching Elvis Presley perform in a gold suit at the Buffalo Memorial auditorium and seeing Buddy Holly and the Everly Brothers play at his high school gym.

As a teenager his parents took him to see the Miles Davis Quintet at Kleinhans Music Hall and his mom often took him to see exhibitions at the Albright-Knox Art Museum, whose holdings included a comprehensive collection of American Abstract expressionism such as Pollack, Still, Rothko, and Klein. When he was eight, he saw his first Van Gogh exhibition.

He recollected, “Hearing and seeing this stuff reminded me that there was a bigger world outside of the one I knew there in Buffalo.”

After school hours, he began listening to The Kingston Trio and The Weavers. To make money to buy records, he worked as a short order cook and cleaned the floors of a record store. In his senior year, he started his own high school folk group called the Eric Andersen Singers that performed folk ballads and the political songs of Woody Guthrie and Pete Seeger.

For two summers, during his junior and senior years, he worked at the Roswell Park Cancer Research hospital in Buffalo, under the auspices of a Hungarian researcher/doctor neighbor, Tomás Bardos.

Also, in high school years, he hung around a group of folk music and literature loving friends, where, outside of class, he developed a life-long love for literature, and spent a great deal of time reading the books by Dostoyevsky, Lawrence, Rimbaud, Baudelaire, Jack Kerouac, and Allen Ginsberg. His parents were supportive of his musical talents. In this atmosphere, he started writing his own stories, poems, and songs.