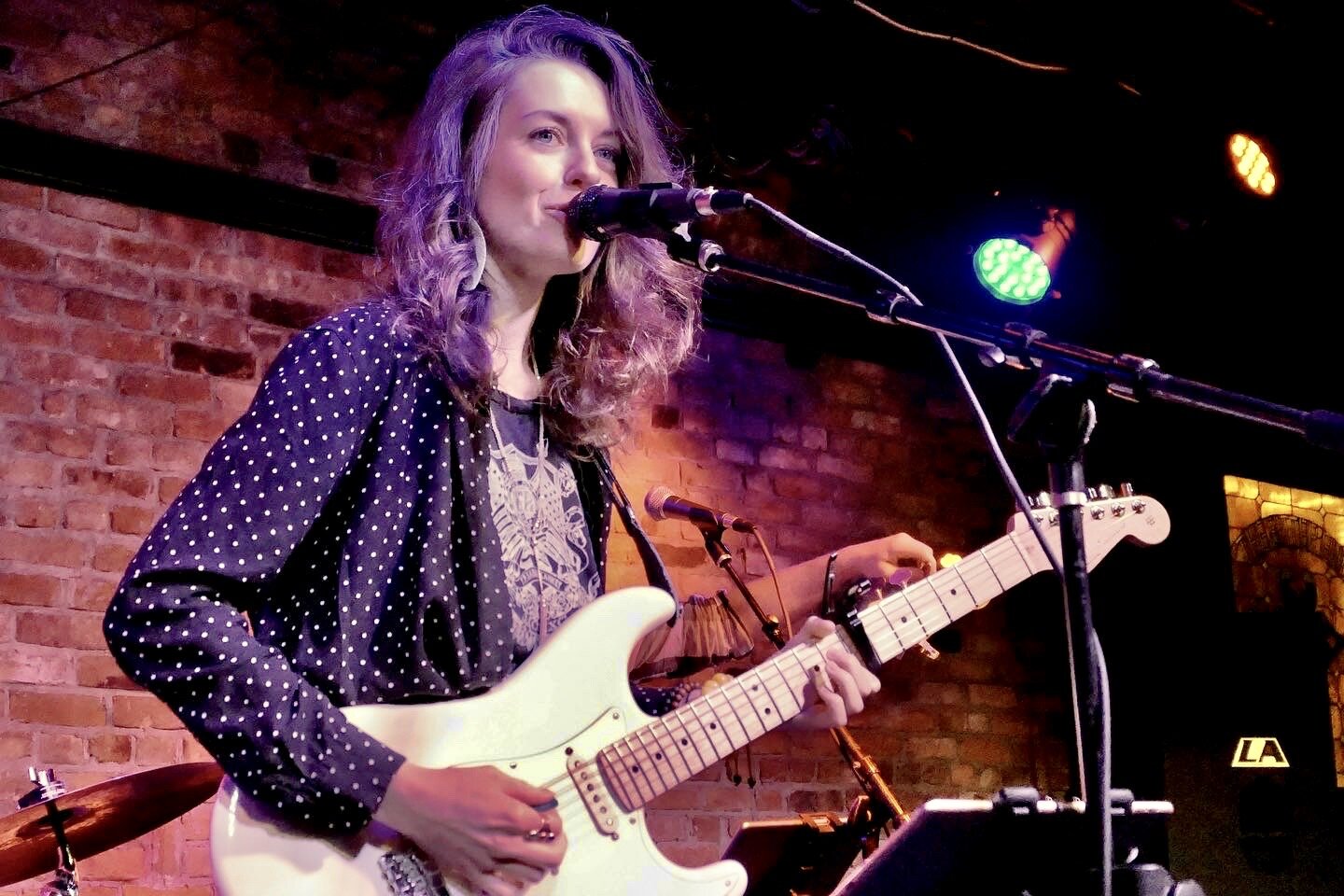 With special guest C Lanzbom of Deadgrass! Internationally acclaimed musician, Clare Maloney, has shared the stage with members of The Grateful Dead, Jefferson Starship, Allman Brothers Band, Hall & Oates, Blood, Sweat and Tears, Bruce Springsteen’s E Street Band, Hot Tuna, The Tubes and The New Riders of the Purple Sage. The young singer’s interpretations of the folk and rock favorites of the 60s and 70s era have gained her a loyal following for her powerful voice and her ability to move effortlessly between Grace Slick’s “White Rabbit” and Joni Mitchell’s “Woodstock.”

Clare Maloney & The Great Adventure is a new band that started the old way when a couple of kids cranked their amps to 10 and blew a fuse in mom’s basement. "That's exactly how it happened, except", as Maloney points out with a laugh, "we were 30, not 14."   Some dreams take their time and for Clare Maloney, putting together her new rock and roll band is part coming home and part setting off into the great unknown.    The internationally renowned singer, songwriter and multi-instrumentalist has dedicated her life to a uniquely colorful musical journey, seeking out the deeper story in between the notes and traveling through every genre to get there.

Maloney was a music-obsessed teen from the NYC ‘burbs drawn to the drama of heavy rock and hardcore music, but as she looked towards college, she found herself drawn to something even more dramatic, opera.  After completing her conservatory training, her dedication to the craft landed her in NYC where she became a first-call classical singer and built an impressive resume with multiple appearances at Carnegie Hall, Lincoln Center, Town Hall, National Sawdust, and tours in Italy, France and Belgium.  More recently, she has built a devoted fan base as the singer for two nationally touring psychedelic rock acts, The Englishtown Project and The Airplane Family, and has shared the stage with members of The Grateful Dead, Jefferson Starship, Allman Brothers Band, Hall & Oates and Springsteen’s E Street Band.

Maloney continues to explore the great magic music can yield in her new outfit as both a songwriter and a guitarist.  Though she played guitar and wrote songs as a teenager, she put the instrument down and fell into a crippling period of writer’s block that lasted over a decade, beginning when she was an opera student “I was studying at the feet of the masters and I completely lost my own voice” she recalled.  Around the time the songs started to flow again, she met guitarist and producer Nate DeBrine and the pair began playing together in 2019.  During the beginning of the pandemic, they started a weekly livestream series as a way to continue their momentum and garnered over 100,000 views from people all over the world.

Displaced by the shut down of the music industry and living in mom’s basement, Maloney & DeBrine formed the band in 2021. They called on two friends, Grammy-award winning bassist Larry Cook (Tony Trischka) and drummer Nathan Graham (Midnight North, Phil Lesh) to round out their foursome, and played their first show in June 2021 to a sold out crowd at The Bitter End in New York City.  A monthly residency at The Bitter End followed, as well as spots warming up for Phil Lesh & Friends and Donna the Buffalo. Last fall, the band got together at The Pinebox Studio in Boonton, New Jersey to record their new material live in the studio.  Their first single, Legend Lives On, comes out Friday, May 20th on all streaming platforms, and a series of new singles will follow monthly throughout the summer.   The band will be touring in 2022, playing festivals, and keeping up their regular sets at The Bitter End with a rotating cast of adventurers. Their debut EP is due out in late 2022.