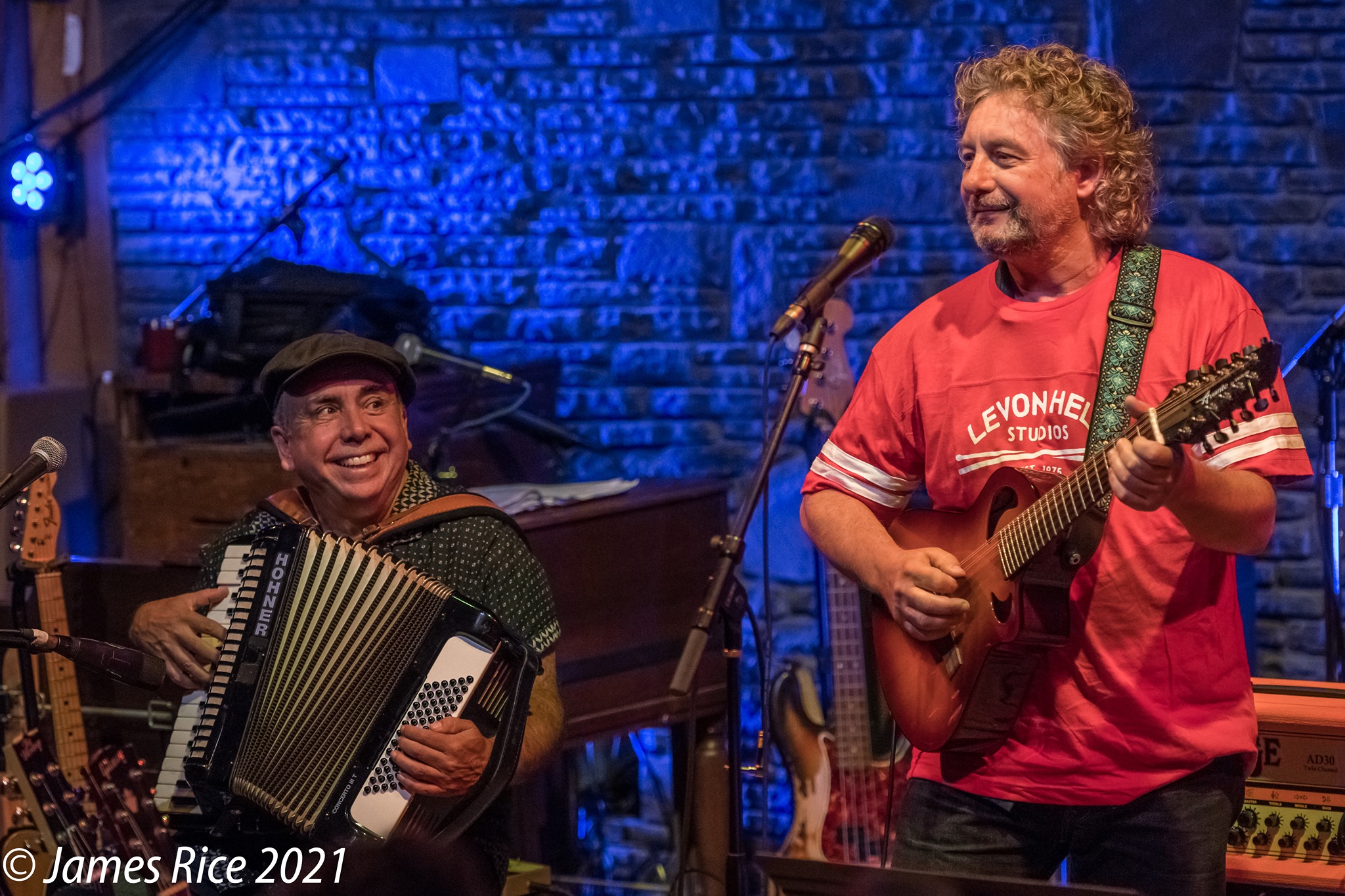 British-born singer/songwriter James Maddock has a raw, soulful voice and storyteller's sense of narrative. He's joined by Brian Mitchell of the Levon Helm Band on piano and accordion.

A rock & roll lifer, James Maddock has been carving his unique path since the 1980s, when the British-born singer/songwriter kicked off his career with a raw, soulful voice; a storyteller's sense of narrative; and the ability to blur the lines between folk, classic pop, and rock.

Since those early days in London, he's ridden the wave of a music industry that's ebbed, flowed, peaked, and crashed. Maddock has stayed afloat throughout the entire ride, enjoying a brush with commercial success during the late 1990s — including a major-label record deal, a Top 5 AAA radio hit, and a song placement on Dawson's Creek — before transforming himself into an independent solo artist during the decades that followed. Bruce Springsteen is a fan. So is David Letterman. Listening to Maddock's newest record, Insanity vs Humanity, it's easy to see the appeal.

Insanity vs Humanity returns Maddock to his politically-charged roots, bringing him full circle after a three-decade career. Recorded in the wake of the American election that sent Donald Trump to the White House, the new album finds Maddock — a New York City resident since the early 2000s — rallying against capitalism, dictators, and the suppression of equal rights. Songs like "Fucked Up World" make no attempt to hide their anger, while the music itself — a soulful brand of rock & roll that nods to Neil Young, Sam Cooke, Roy Orbison, Bruce Hornsby, and Bill Withers — underscores Maddock's lyrics with plenty of guitar firepower and piano punch. Gluing the mix together is his voice: a stunning instrument that's grown warm and weathered since his days in the U.K., without losing its poignancy.

"I don't think you can change people's opinions with a song," he admits. "A Trump supporter isn't going to turn into asocialist, just because they listened to something I wrote. But that can't stop me from talking about the world we all live in. I had to write about these insane times, and I wanted to do so in a way that wasn't one-dimensional or phony."

Insanity vs Humanity reaches far beyond Maddock's disillusionment with the White House. "What the Elephants Know," with its heavy groove and vocal harmonies, makes a compelling case for animals' rights, while the Jackson Browne-inspired "Kick the Can" finds its narrator waxing nostalgic about a life well-lived. At the album's core, though, are tracks like "Watch it Burn" — a charged rocker that urges its listener to resist and rebel — and the epic "I Can't Settle," whose anthemic sweep brings to mind a young, spirited Bruce Springsteen. No wonder the Boss has been known to kick off his own shows by taking the stage to one of James Maddock's tunes.

Backed by his longtime backup band of NYC-area musicians, Maddock recorded the bulk of Insanity vs Humanity's 11 songs into two quick days. Years ago, back when Maddock was the frontman of the British buzz band Wood, he'd spend three months in a recording studio. This was different. The goal was simple: get everyone into the same room, teach them the songs, and press record.

"This is the honest sound of the band playing the songs," he says simply. "It's not an overly complex record. I wanted it to sound as natural as it does when we play live. It's what happens when you get four guys together in a room, playing the chords and listening to each other."

The modern world is a scary one. Maddock sets that dangerous place to music, mixing sweeping melodies and rousing choruses with lyrics that shine a bright light on these darker times. It's an album about the importance of speaking up and acting out. An album about what it means to be human, even in these insane times. Now entering his fourth decade onstage, Maddock has rarely sounded so compelling, so confident, so necessary.

Brian Mitchell is well known in music industry circles and beyond for working with some of music's most respected artists including Levon Helm & The Midnight Ramble Band, Bob Dylan, BB King, Al Green, Dolly Parton, Buster Poindexter, and Allen Toussaint as well as recording and performing his own original music. He has appeared on 5 Grammy Award-winning recordings, 3 with Levon Helm, and one each with BB King and with Les Paul. In 2015 Brian was inducted into the New York Blues Hall Of Fame. His versatility on piano, Hammond B-3 organ, accordion, various vintage keyboards and harmonica plus his distinct vocal stylings have firmly established him as one of New York City's most sought after musicians.