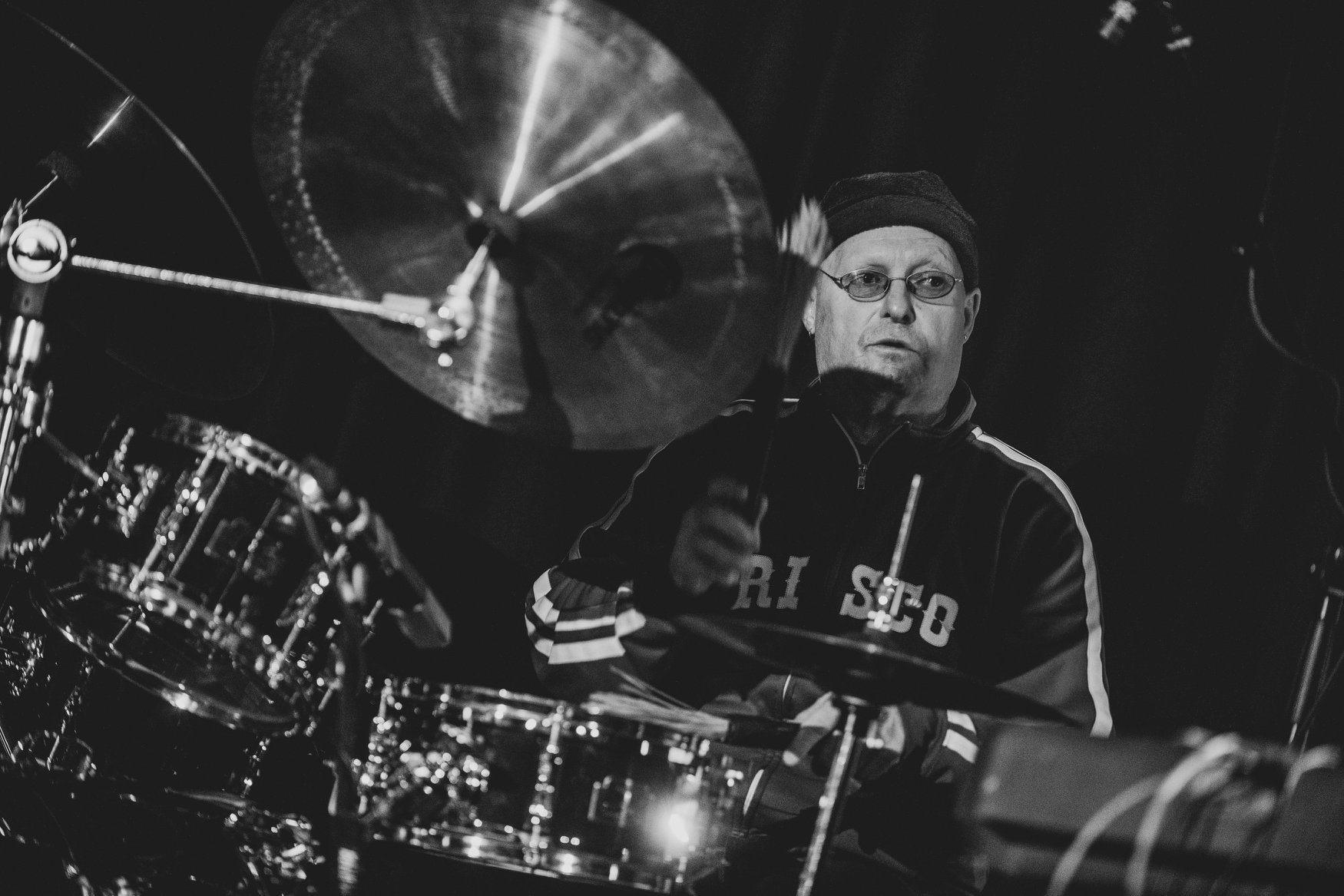 Brian Melvin has played and recorded with the legends of jazz and rock including renowned bassist Jaco Pastorius with whom he recorded 5 albums - one entitled Nightfood featuring Bob Weir of The Grateful Dead. Brian has worked with notables Joe Henderson, Mike Stern, John Scofield, Michael Brecker, and Joe Lovano among many others.

One of his main associations has been with his good friend, Hall of Fame bassist Jaco Pastorius, produced five historic recordings - famously "Standards Zone" (Global Pacific Records,) the #1 jazz album for 15 weeks. Beatlejazz has been in the top ten on all 4 of their releases, as well.

Brian is no stranger to the international jazz scene, having lived and played in NYC at different times, since 1987. He was the house drummer at the Blue Note's After Hours Sessions, and played with the Mike Stern Trio at the 55 Bar. During this period Brian and Dave Kikoski started a long musical and personal friendship, which continues currently in Beatlejazz.

Recently Brian has been involved in many great projects, including Beatlejazz, Fog, and many European projects as well. Also a resident of Tallinn, Estonia, Brian has been teaching workshops and master classes across Europe, in numerous musical settings. Recent projects include Modern Times, Drum Prana (from Estonia) and FOG (from San Francisco).

‍
Active in world music, he has been playing tablas and various hand drums with electric percussion; studying with Masters Alla Rakha and his son Zakir Hussain, as well as learning with great friend, African drummer, Kwaku Daddy.