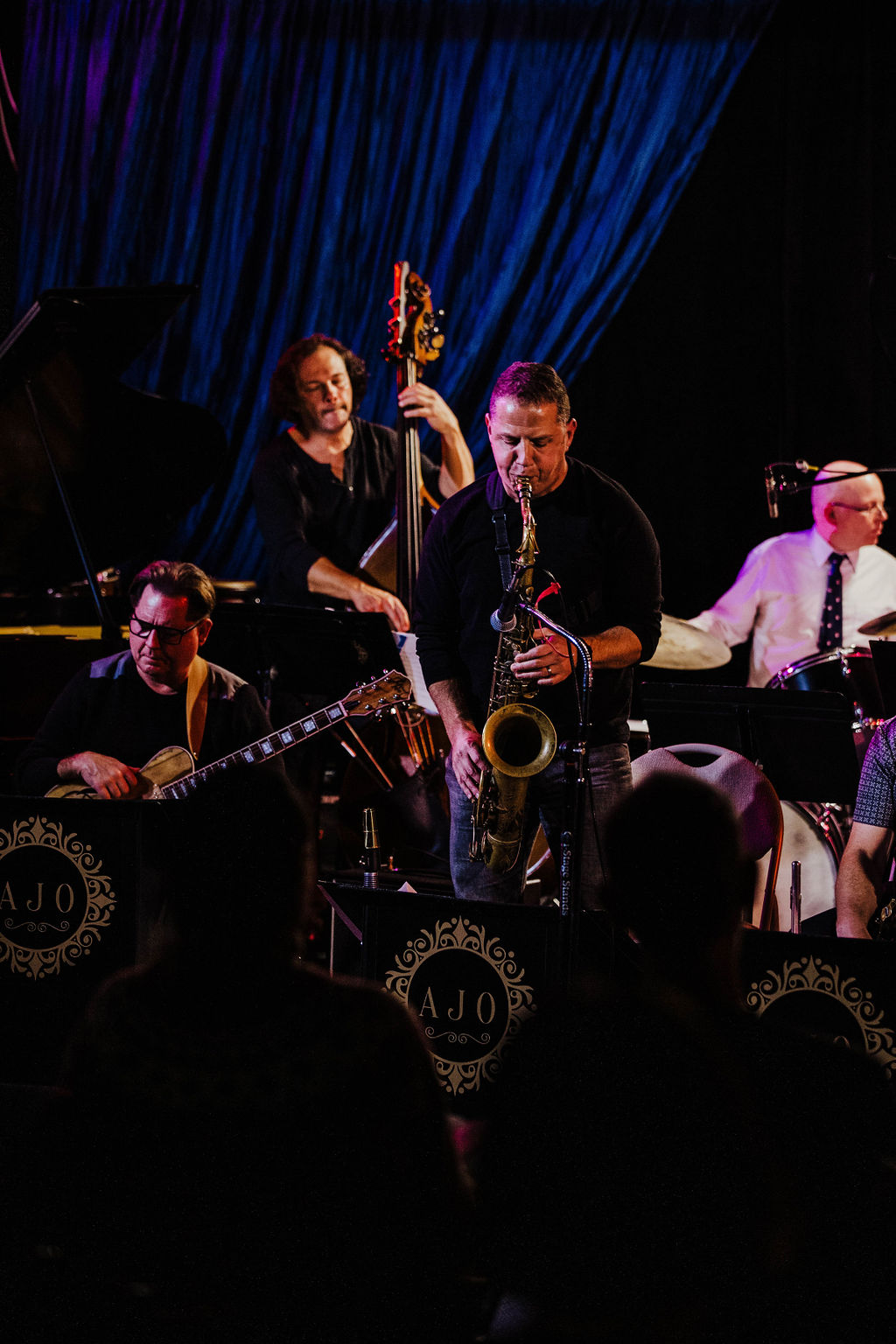 Under the direction of Geoff Vidal, the 17-piece Analog Jazz Orchestra brings together the seasoned veterans of the West Point Jazz Knights, the Count Basie Big Band & more. With a commitment to original jazz compositions in an improvisational environment, these players shine while creating "Big Sound" musical moments for their audiences.

The Analog Jazz Orchestra under the direction of saxophonist Geoff Vidal is a 17-piece ensemble that was formed in 2020 and is comprised mostly of active-duty servicemen of the West Point Band and former, retired members of the West Point Jazz Knights. In addition to these world-class soldier-musicians, the band is filled out with some of the best and brightest jazz musicians in the Hudson Valley. The band performs classic big band repertoire from groups such as Count Basie and Thad Jones in addition to performing original compositions and arrangements by the members of the group. Members of the AJO have performed and toured with the Count Basie Orchestra, the Artie Shaw Orchestra, Arturo O’Farrill’s Afro Latin Jazz Orchestra just to name a few. The Analog Jazz Orchestra is truly a sight to be heard!