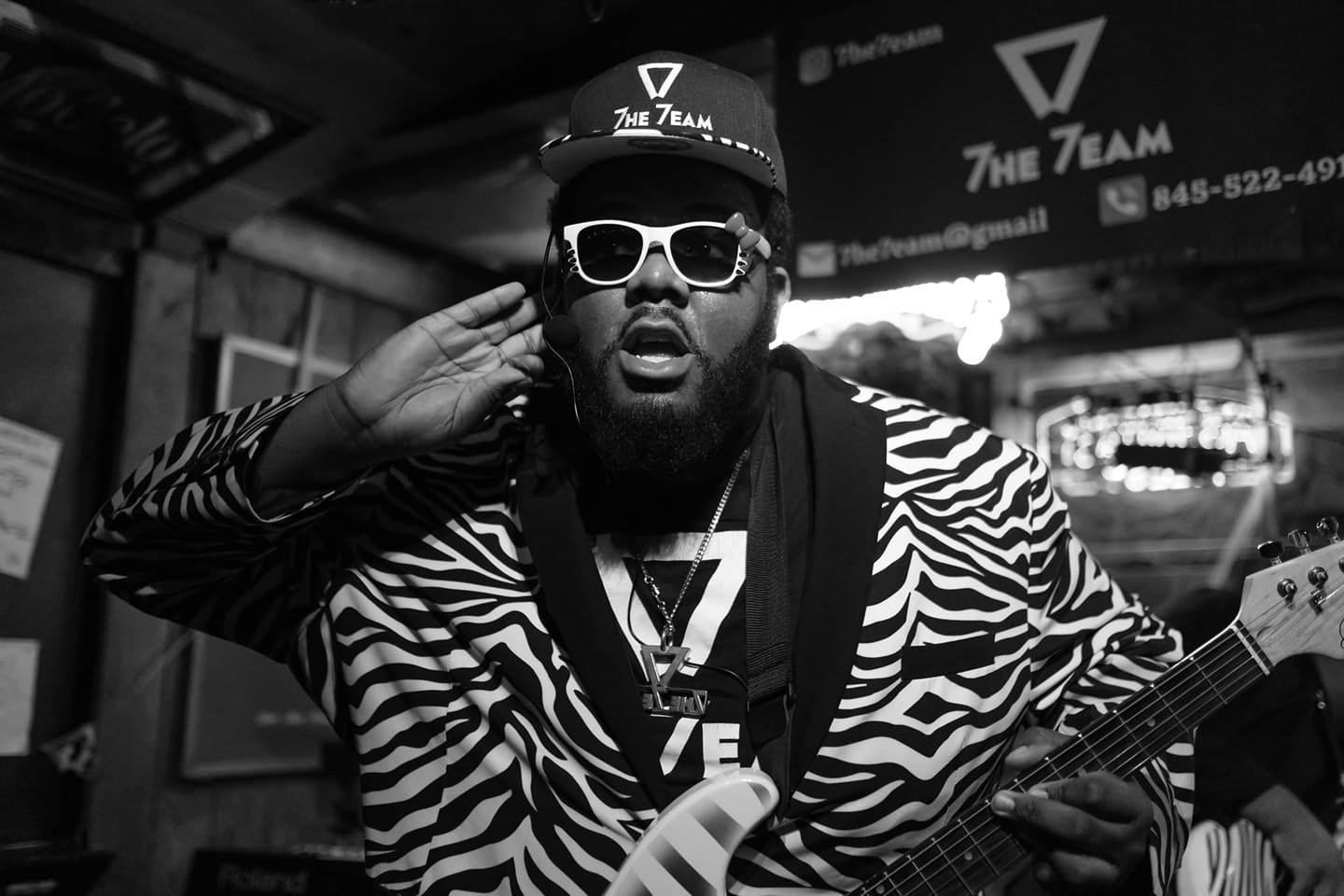 With The Iron Dukes spinning vinyl before and after the set. aka Sean Merryman & Lee Falco 💪

7he 7eam is a rap, rock and pop band from New York. Formed in 2016 by Big Bad Baragon, 7he 7eam has made their mark mostly on the live circuit, having had performed at a wide variety of events including college parties, fashion shows and fundraisers.

Influenced by artists such as The Beatles, Lil Wayne, Lupe Fiasco and Big Daddy Kane, 7he 7eam features a unique blend of musical styles. Sporting matching outfits and instruments on stage, 7he 7eam branched out into fashion and sells their merchandise at shows and online. Although there is little content of 7he 7eam available, they are currently working on albums and music videos. See you at a show!